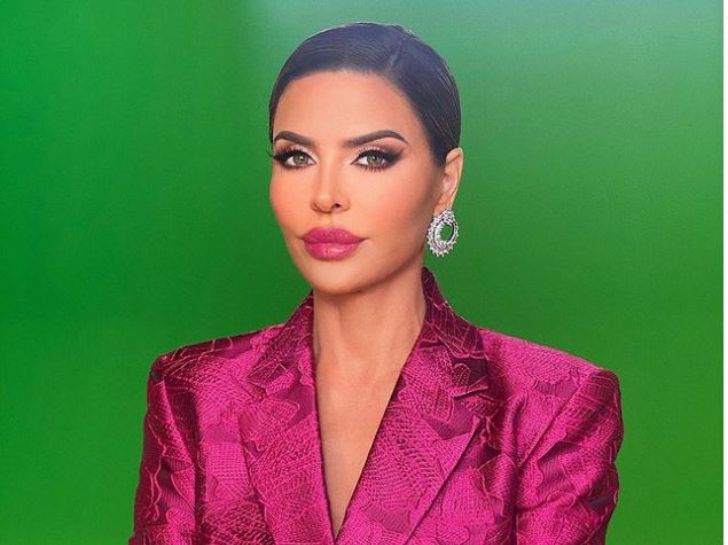 An American actress Lisa Rinna has more than a 3-decade long career & running. But the acting is not only her forte, the Newport Beach-born is an entrepreneur, model & author too- wrote The New York Times best-seller Rinnavation. A start from commercials saw Rinna all the way up to a famed TV actress- thanks to her early recognition through Days of Our Lives.

Moreover, she portrayed Taylor McBride in Melrose Place (1996-98). Currently, the TV star appears in the reality show The Real Housewives of Beverly Hills (2014- Now), a franchise of The Real Housewives. Along with a successful acting career, the former cheerleader enjoys a happy married life & is the mother of two.

What Is Age and Height of Lisa Rinna?

Lisa Rinna, the daughter of Lois and Frank Rinna, was born on July 11, 1963, in Newport Beach, California, the USA. An American by nationality, the Soap Talk co-host has a mixed ethnicity; her father is Italian while her mother has Portuguese and English roots. She has an older half-sister named Nancy Rinna.

Breaking into the professional world through commercials (especially for Mervyn), Rinna, then 21 years old, appeared in the music video of John Parr’s ‘Naughty, Naughty‘ in 1981. Afterward, she pocketed guest roles in TV series like Valerie, Shades of LA, and Baywatch.

From 2002 to 2006, the 4-time Emmy nominated actress was the co-host of Soap Talk and then worked as guest co-host of Live with Regis and Kathie Lee.

Then throughout the 2000s, she guest-starred in Hannah Montana, Harry Loves Lisa, Veronica Mars, and Big Time Rush.

Main Cast In ‘The Real Housewives of Beverly Hills’

In 2021, the actress appeared in 5 episodes of Days of Our Lives: Beyond Salem.

Professionally active since the mid-80s, Rinna records 41 acting credits through her more than a 3-decade long career. No denying that the acting career, especially through Days of Our Lives, Melrose Place, and The Real Housewives of Beverly Hills, got her wide fame & money showers.

According to Celebrity Net Worth, Lisa Rinna has an estimated net worth of $10 million– thanks to her payroll from TV projects.

Reportedly, she made $450,000 per season through The Real Housewives of Beverly Hills. The actress joined as the main cast in the Bravo reality series in Season 5 (2014), so her earnings from 5 seasons totals $2.25 million.

Comparatively, other stars of The Real Housewives franchise Kandi Burruss & Porsha Williams (both from RHOA) are worth $30 million & $5 million respectively, while the Realhouswives friend Shamea Morton owns $2.5 million.

Aside from that, The Shrink Next Door star collected a decent sum through modeling- from print ads & commercials. She appeared in magazines from Soap Opera Magazine, Playboy magazine and Living Well. In addition to that, the reality star earned $2 million as a celebrity spokesperson for Depend.

The American millionaire TV star has an immense interest & talent as an author; wrote the New York best-seller Rinnavation (released in 2010). Other books of “Lisa are Starlit” and “The Big, Fun, Sexy Sex Book.”

Not only acting but also Lisa’s business venture has a considerable contribution to her fortune growth. Back in 2012, she released her collection Lisa Rinna Collection to the QVC. Moreover, with her husband Harry Hamlin, she owned a Sherman Oaks, California-based boutique in Belle Gray in 2011, but closed it in 2012.

Moreover, she currently runs a cosmetic collection (lipstick line) Rinna Beauty, which allegedly pockets her a great sum of money.

On her Instagram (@lisarinna) with over 3.1 million followers, she proudly promotes her business. Also, the actress gives shout-outs to Sant and Abel (sleepwear), Balenciaga, Alex Perry (clothing brand) & others. As per Influencer Marketing Hub, she can earn in the range of $6,246 – $10,411 per sponsored post.

While also earning a hefty sum of money, Rinna devotes her time to social causes too. She collaborated with retailer Goldsheep in June 2019 & donated the proceeds to The Trevor Project. The non-profit organization especially focuses on suicide-prevention services to LGBTQ youth.

Married Life & Other Personal Details Of Lisa Rinna- Who Is Her Husband?

The American actress-author-entrepreneur leads a happy family with her actor husband Harry Hamlin & 3 children (including a step-son). Lisa and Hamlin married on March 29, 1997, and already shares a blissful marital relationship of 24 years. The couple even played an on-screen couple in the 2001 film “Sex, Lies & Obsession“.

Delilah, a model is currently in a relationship with Instagram model & influencer Eyal Booker. In November 2021, the eldest daughter of Lisa was hospitalized after an accidental overdose; as per the model’s IG post, she suffers from several illnesses including Lyme disease & PANDAS, & overdosed while medicating.

Rinna’s youngest daughter Amelia is an actress & IG model too; she notably appeared in Harry Loves Lisa, The Real Housewives of Beverly Hills, and Rachel & the TreeSchoolers.

Moreover, the reality star is the mother of Dimitri Alexander; a son from her husband Harry’s relationship with ex-fiancee Ursula Andress, an actress & former model.

Rinna Is Third Wife Of Hamlin- More On Past Relationships!

As for a fact, Hamin, the Clash of the Titans actor already divorced twice before exchanging vows with Lisa Rinna. Firstly, he remained in a marital bond with Laura Johnson for 4 years (March 9, 1985- September 1, 1989).

Then, he walked down the aisle with his second wife Nicollette Sheridan on September 7, 1991, but divorced after a year, on August 21, 1992.

On the other, Lisa never married before but was in a relationship with Peter Barton (1989 – 1992) and Todd Nelson.

Throughout her career run, she became an on-screen interest of many actors including Jack Wagner and Rob Estes in Melrose Place; and Dale Midkiff in Another Woman’s Husband (2000).

No doubt, even in her late 50s, Lisa Rinna looks astonishingly charming, but the deity plans are not her only secret. She admitted to having plastic surgery; underwent breast augmentation along with Botox and Juvéderm injections. Though, Rinna even now regrets having Juvéderm, which is a soft tissue filler via injection for a smooth appearance.

Where Does Lisa Rinna Live?

Meanwhile, the mother of two lives with her husband Harry Hamlin in Beverly Hills, California in her 4-bedroom & 5-bathroom house. The French Provincial style property spans 4,000 sq-ft & features a giant jacuzzi, master bathroom, stoned floor and a spacious garden. Moreover, it has a 1984 kitchen, which her husband loves very much & even denied for its redo.

As reported, her spouse Hamlin first built the residence when the latter was with his first wife Laura. The worth of the house is estimated to be around $4 million.

While Rinna tries to remain away from controversies, the controversy itself seems not to have cut out ties with the actress. In July 2019, The Real Housewives star saw a sue for copyright infringement by Backgrid, a celebrity photography agency.

Reportedly, she posted 8 paparazzi-shot photographs on her Instagram. As a result, the agency asked for $2 million (including legal fees for the lawsuit) in damages. As per court documents, Lisa will testify against the lawsuit in federal court on July 12, 2022. 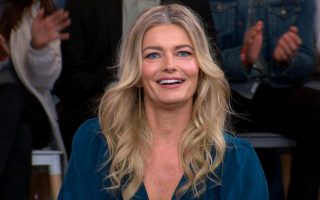 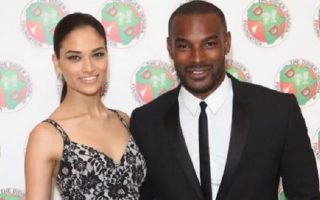 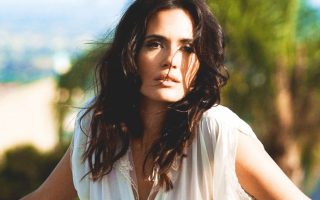