A Toronto-based Canadian-Guyanese actress Nicole Correia-Damude became a celebrated TV name -thanks to her 15 years of dedication. Most preferably, she is widely popular for portraying a passionate Shadowhunter, Maryse Lightwood in Shadowhunters (2016-19).

Moreover, the Canadian Screen Award-nominee marked a variety of prominent roles; a school guidance counselor Diane in Burden of Truth (2018-21) and a bisexual figure Elena in The Boys (2019-20). Also, she appeared as one of the main characters Amy Reyna in Ghostwriter (2019-21).

Correia-Damude started off through guest roles & theater credits before she landed in recurring TV screen characters. And indeed, it broadened & ease her access to major roles, ultimately success.

Who Are Parents Of Nicola Correia-Damude? What’s Her Age & Height?

Nicole Correia-Damude is the eldest of two to Guyanese mother Junia Correia and Canadian father Brian Damude, a TV producer & director. Needless to say, the Margarita actress who is a Canadian by nationality has a diverse ethnic background.

Aside from her works & fitness captures, the Candian TV actress shares pictures of her mother on her social media.

Unlike her, Nicole’s younger brother Luke Correia-Damude chose a music career & currently, is a musician & vocalist in the band Future Peers. Moreover, he shares 2 kids with his beau Kristina McNamee & often shares pictures of them on his Instagram (@potbelliedprince).

Graduate Of Studio 58- Worked In Theaters Before On-Screen Exposure

Correia-Damude was keen on acting since her early days; also her father’s attachment with an on-screen career as director/producer kept her love for performing intact. Moreover, Nicole’s parents would enroll her at Etobicoke School of the Arts before she went to Vancouver-based theatre training school Studio 58 & graduated.

In addition to that, she attended Birmingham Conservatory for Classical Theatre.

Like many actors, Nicole Correia-Damude made her acting debut through stage productions performing throughout North America (in Factory Theatre, Tarragon Theatre & Canadian stage). Some of her notable theater works are The Women and Albertine in Five Times, Much Ado About Nothing, Serious Monkey, and Coriolanus.

Not to mention, she worked in wold premiere of brand new productions too; The Madonna Painter, Botticelli in the Fire & Sunday in Sodom, and Within the Glass.

In 2005, then 24-years old Correia-Damude made her TV debut with guest appearances in Young Blades and Stargate SG-1. But it was only through Degrassi: The Next Generation that collected her early TV recognition. Then, for more than 5 years, she had an on-screen hiatus- having worked in theaters to sharpen her skills.

In 2011, the Canadian-Guyanese actress returned to on-screen through Air Crash Investigation (TV documentary) and Furstenau Mysteries (short-film). Afterward, she worked on her first-ever feature film Margarita which later won her Best Actress in a Feature Film award at the San Diego FilmOut Festival.

It followers her guest TV works in Haven, Republic of Doyle, and Remedy, before recurring roles in The Strain (2014-15). From 2015 to 2017, she portrayed Ada in 11 episodes of Annedroids co-starring Addison Holley, Jadiel Dowlin, and Millie Davis.

The Toronto-born got her acting breakthrough in 2016 after she appeared as Maryse Lightwood in the supernatural drama series Shadowhunters. There she worked until 2019 totaling 20 episodes co-starring Katherine McNamara, Dominic Sherwood, Alisha Wainwright, Matthew Daddario, and Alberto Rosende.

In the TV series, Nicole portrayed Maryse Lightwood, a shadow hunter (human-angel hybrids who hunt down demons). She appears as a bold personality with blue eyes and black hair. Formerly a member of The Circle who hunted down Downworlders, Maryse later allied with Downworlders & fought for their rights.

Her character Lightwood is the ex-wife of Inquisitor Robert Lightwood (actor Paulino Nunes) & the mother of three kids: Alec, Isabelle, and Max. For her involvement with The Circle, she was exiled from Idris that would eventually work as a catalyst of her divorce from Robert.

Worked In ‘Burden of Truth’,‘Ghostwriter’ & ‘Nurses’

Having guest-starred in Saving Hope and Private Eyes, Correia-Damude appeared as Diane Evans in Burden of Truth (2018-2021). In the Candian legal drama series, she portrayed a Guyanese-Canadian school guidance counselor, one of the main characters in Season 1 & 3, and had recurring appearances in Season 2 & 4.

It premiered on January 10, 2018, and ended after 4 seasons on March 18, 2021, having been home for stars like Kristin Kreuk, Peter Mooney, Sara Thompson & Alex Carter.

From 2019 to 2020, she had a recurring role as bisexual Elena in the superhero Amazon Prime TV series The Boys. Her character would be in love with a superhero “supes” Queen Maeve (actress Dominique McElligott). The latter would try to hide her relationship with Elena to save her from the public as well as another maniac superhero Homelander (actor Antony Starr). Other actors in the series include Karl Urban, Jack Quaid & Erin Moriarity.

In 2020 only, Nicole Correia-Damude starred in notable roles in the TV series: October Faction, Coroner, and Dino Dana.

From 2020 to 2021, she played Dr. Vanessa Banks in 9 episodes of Nurses; the main cast in the Canadian series are Tiera Skovbye, Natasha Calis, Sandy Sidhu & Donald Maclean.

Portrayed Amy Reyna In ‘Ghostwriter’– Will There Be Season 3?

One of the most acclaimed TV works of the Dino Dana actress was the portrayal of Amy Reyna in the TV series Ghost Writer (2019-21), featuring Isaac Arellanes, Hannah Levinson, Jay Santiago & Amadi Chapata. A revival of the 1992-1995 series, the children mystery premiered on November 1, 2019, & already completed Season 2.

It had 9.5/10 (from 6 reviews) on Rotten Tomatoes, no wonder, why fans are curious to know if the season would have a renewal. But so far, no report on the order of Season 3 of Ghostwriter is out, and nor the confirmation on its cancelation remain atop.

Any Career Upate of Nicole?

In 2021, Correia-Damude worked in the TV series The Republic of Sarah portraying Alexis Whitmore, sharing the screen with Stella Baker, Luke Mitchell, Nia Holloway, Forrest Goodluck, among others. Moreover, she had TV films credits in A Royal Queens Christmas and The Good Father.

As per IMDB, she will be working on another TV series Pillow Talk (under post-production).

How Much Is Net Worth Of Nicole Correia-Damude? [2022 Update]

An experience of more than 15 years in the acting industry with more than 40 on-screen credits, undoubtedly, had Nicole enjoy the showers of money & fame. Online sources estimate that the Northern Rescue actress owns $3 million net worth as of 2022.

And as easy it is to guess, her major income source is the acting career: on-screen & theater works. Most famously, she worked in one of the acclaimed TV series Shadow Hunters in a recurring role in 20 episodes. Although the exact payroll of the actress never came into light, Correia-Damde collected decent tens of thousand dollars per episode.

By the late 2010s, her recognition grew all the way up as a notable cast in many TV roles including Dino Dana, Burden of Truth, and Ghostwriter; all with 20+ episodes. Allegedly, the Canadian actress earned a sum in the 6-digit figure through those projects.

Not limited to acting only, the Within the Glass stage actress worked as a motion capture performer & voiced in Starlink: Battle for Atlas (2018) and Far Cry 6 (2021). Besides that, she is an occasional singer & songwriter.

A passionate fitness personality, Nicole often shares videos & pictures of her work-outs on her Instagram, which is among the most-trending online platform for endorsements. She seemingly has a promotional deal with Katherine McNamara (boot brand); as per Influencer Marketing Hub, ‘The Boys’ actress can sum up to $546 – $910 per sponsored post via Instagram.

Nicole Correia-Damude Is Married- Who Is Her Husband? Any Child?

Even if the Burden of Truth actress prefers to keep her personal life on a limited display, she can’t help herself to showcase her blissful married life. Currently, she lives in Canada with her actor husband Carlos Gonzalez-Vio.

As for a fact, her beau Carlos Gonzalez-Vio is the middle child of three; has an elder sister Laura Veronica Gonzalez and a younger brother Leo Gonzalez.

Reportedly, the couple married on September 8, 2013, in Beaver Valley, Ontario, and went to Uruguay for Honeymoon. On September 8, 2020, Nicole Correia-Damude shared her wedding picture throwback on Instagram on the occasion of their 7th wedding anniversary.

Although the couple has their courtship details under wraps, they allegedly began dating after meeting on the set of Margarita.

Together, Correia-Damude and her husband Carlos are parents to a son, born in 2015. The name & identity of her son is low-key, probably to keep him off the media limelight but often mentions her son on her Instagram posts.

The Coroner star has more than 182K followers on her Instagram (@nicolasummer) as of 2022. Her Twitter (@NicolaNCD) has over 73.7K followers. As for Nicole’s husband, his IG handle is @losvigon but is not much active on the platform. 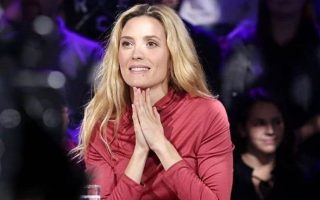 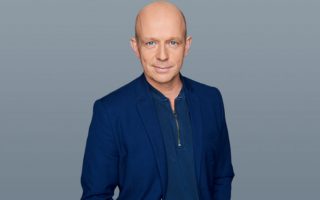 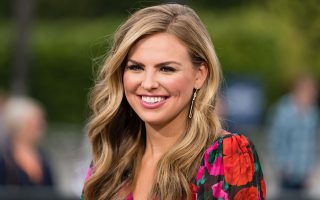