Jill Zarin is a Woodmere-born philanthropist and entrepreneur. She is also a reality television star, best known for her appearance in the Bravo television series The Real Housewives of New York City.

Both her daughter Allyson and stepson have been diagnosed with arthritic diseases, which is why Zarin has devoted her life to raising money and awareness about managing and living with this disease.

She is also a businesswoman and has successfully launched “SKWEEZ COUTURE by Jill Zarin” body shapewear, “Jill Zarin Home” home decor line, and many others over the years.

However, as the title suggests, we are here to discuss the evergreen look of Jill Zarin. She has admitted to having “a few procedures.” What are they? Details of her plastic surgery are here.

In September 2022, The Real Housewives of New York City alum Jill Zarin took to TikTok to share that she had an upper eyelift to correct her hooding.

She revealed that she noticed something while watching herself on the Real Housewives Ultimate Girls Trip.

Zarin actually wanted to have a full facelift, but the 58-year-old reality star chose to focus on her upper eye hooding instead.

In the video, she said:

“It took me a long time to get there, but I was very unhappy with my eyes. have hooded eyes, but the skin here, as I’m aging, got looser and looser. It was literally like hanging down to my eyelashes and I finally did something about it.”

She then talked about the process, which happened at her surgeon’s office under twilight sedation and lasted under an hour:

“It was such an easy procedure for me. I went in, I was the first patient, always be the first patient because that’s when the doctor is fresh, everybody’s fresh…so I went in and was under about 45 minutes before coming out…recovery was very simple.”

It took her three weeks to recover from the surgery, which appears to have been one of the easiest recoveries for her.

In 2011, the reality star Jill Zarin admitted to having “liquid facelifts every six months.”

A liquid facelift is a non-surgical facelift in which the patient receives multiple dermal fillers, which are substances that remove aging and give a more youthful appearance.

Zarin in her interview with People said: ““I have a liquid facelift every six months. It really works. No knives!”

She also revealed that she visited her dermatological surgeon, Patricia Wexler, for Restylane shots along the sides of her jaw and face.

J also treats her neck to a Botox bath because, “scared I’m going to get a turkey neck. It runs in my family,” says the mother of two who comes from a Jewish Family.

What is her age?

She graduated from Simmons College School of Retail Management and began her career as an assistant buyer at Filene’s, later becoming the national sales manager and vice president of Great American Knitting Mills’ jockey division.

How did Jill Zarin have her daughter Ally?

Zarin became pregnant with her daughter Allyson “Ally” Shapiro through an anonymous sperm donor after struggling with fertility issues with her first husband, Steven Shapiro, for years in the early 1990s. No one except a few close family members knew the truth.

Ally only found out when she was 20 years old, when she received numerous emails from a family member asking why she didn’t look like anyone in the family.

In an interview, Zarin said:

“It was relief. And I was more afraid of Allyson’s reaction. My feelings were a mirror of her. So, if she became hysterical, then I was going to be hysterical. If she took it like she did, then I was okay.”

As for how Ally took the news? “It just really bonded us together,” she said, “because now the secret was out there in the open and we can just come together as a family and we’re stronger after.”

Who was her husband?

The reality star has been married twice. She was first married to Steven Shapiro. Afterward, she married businessman Bobby Zarin.

The couple worked together at Zarin Fabric Warehouse, an institution on New York’s Lower East Side.

Does Jill Zarin have a boyfriend?

Jill Zarin is dating sales specialist Gary Brody. The couple made their relationship official in December 2018 during a trip to Florida.

There are many rumors of them getting married, but the couple has shut down the rumors and revealed that they are not ready to tie the knot yet.

As of December 2022, Jill Zarin is estimated to have a net worth of $20 million.
She has accumulated her riches from her career in real estate and also from her work as a marketer for her husband’s company, Zarin Fabrics & Home Furnishings.

She is also a reality star and a businesswoman. 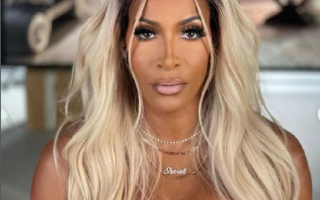 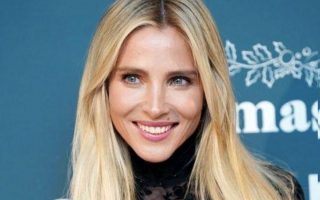 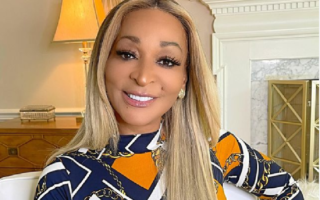