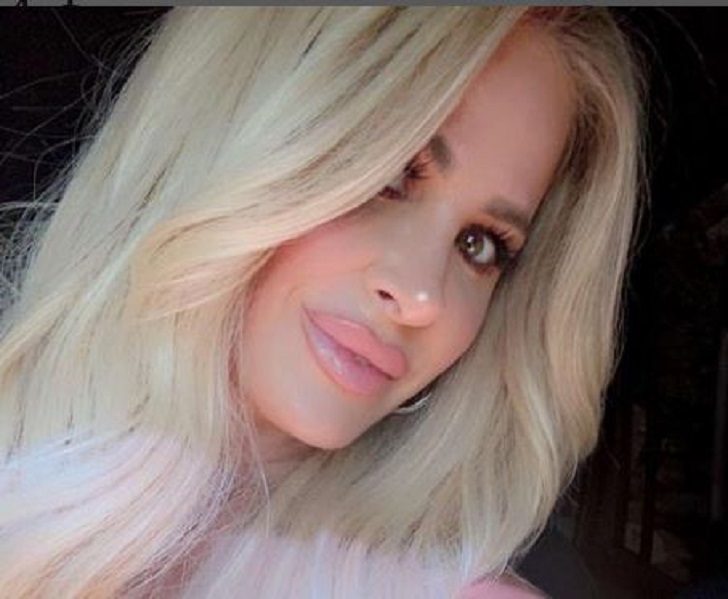 One of the original housewives on the reality television series The Real Housewives of Atlanta, Kim Zolciak-Biermann, has transformed a lot since then.

The television personality has always come clean about her plastic surgery past.

So, what are the surgeries, she has had over the years? We have full details here.

The 44-year-old reality star Kim Zolciak-Biermann has never been shy to reveal her about going under the knife.

‘I Will Always Nip and Tuck If I Feel the Need to Do So,’ said Zolciak-Biermann in an interview in 2016.

“I’m open about it. I don’t care. You only go around one time, and I especially understand that.”

She has admitted to following procedures.

Zolciak-Biermann documented the whole process on her reality show and revealed that she was very happy with the result.

The excess fat and skin are removed from the abdomen, and the connective tissue in the abdomen is tightened with sutures.

Kim revealed she had the surgery after having twins Kaia Rose and Kane Ren in 2013.

The reality star had her hernia fixed post-pregnancy and later did Abdominoplasty.

“I had a pretty big hernia from the twins, so I said just do a tummy tuck, which is kinda the same thing, just make the skin really tight.”

In a 2016 interview with ET Online, Kim Zolciak-Biermann revealed that she has botox and lip fillers.

The television personality mentioned hating doing makeup and hair. For the solution, she uses a wig and gets her face “fixed.”

“I’ve been getting Botox since I was young, for migraines initially and now it’s the obvious reason.”

Botox is primarily used to remove facial wrinkles. It lasts 3-4 months and costs between $19 to $25 per unit.

As for lip fillers-the procedures are done to change the size and volume of one’s lip.

The Real Housewives of Atlanta star Kim has also done Ultherapy. It is a nonsurgical alternative to a facelift, generally done to remove the wrinkles on the face, neck, and chest.

Its lifespan is around two years, and the cast cost around $1,800 to treat small areas of the face such as the eyes or brows.

Zolciak-Biermann revealed that having cellulite via Instagram in October 2016.

She shared the picture with a caption that read:

On your mark.. get set.. go! Lol!! Kroy always looking out for me 😍You know I had to get those cellulite dimples perfected 🤗”.

She also thanked her Beverly Hills-based plastic surgeon Simon Ourian in the post.

Cellulite is the name for fats collected from the connective tissue beneath your skin.

The treatment helps reduce the dimple-like skin condition that most appears on the thighs, hips, and abdomen.

The Don’t Be Tardy star Kim Zolciak-Biermann has always been open about her plastic surgery procedure but not about having a nose job.

The rumors of her having rhinoplasty have been around for a long time, but the 44-year-old has always denied the rumors.

She is adamant she has never had a nose job.

“Why would I not talk about a nose job? Actually, let me show you — my septum is completely out.”

“So, if I had a nose job, I definitely wouldn’t have a septum that’s hanging out over here. But, I will fix that at some point if I have a breathing problem.”

It’s Not All Plastic Surgery

Zolciak-Biermann, mom of six, has been clean about going under the knife; she has also claimed that her beauty is not all plastic surgery.

The former Dancing with the Stars contestant revealed that her tiny frame runs in the family.

Along with genes, she is also careful about her food and exercise.

The reality star Zolciak-Biermann defended her daughters, Brielle Biermann, 25, and Arianna Biermann, 21, when some netizens made nasty comments about them.

They accused them of having plastic surgeries and looking almost unrecognizable.

In the response, the angry mother revealed:

“Wow I can’t even post a picture of my beautiful baby girls @briellebiermann @arianabiermann without the nasty comments and assumptions!!”

“Let’s be clear here … my daughters read your stupid ass comments and quite frankly I am appalled at the fact that some of you are flat out computer bullies that are bored to tears and have nothing better to do then to take time out of YOUR day to write something negative!”

Zolciak-Biermann further revealed that her daughters never had work done besides lip fillers.

She also revealed that both her daughter had worked hard to look healthy and fit.

“Ariana has worked her ass off to get healthy and fit,” she added. “Brielle is only a few months out of major jaw surgery (jaw broken in 5 places) and couldn’t chew food for months ….. so clearly Brielle lost weight during the process!!!! Nobody had liposuction that’s obsurd [sic]!!” 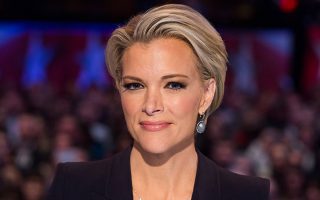 Are the Surgeries’ Rumors of Megyn Kelly True? Know the details here! 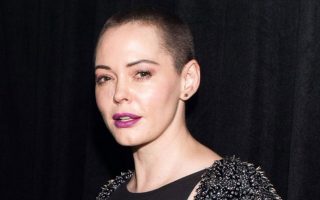 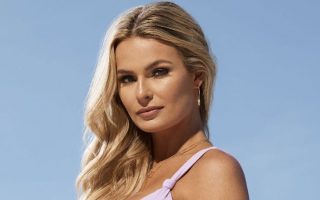