Jackie Goldschneider is an American television personality, freelance writer, and former lawyer. She rose to prominence from the Bravo reality series, Real Housewives of New Jersey..

Jackie is also the mother of four children, two sets of twins — 14-year-old Jonas and Adin and 11-year-old Alexis and Hudson — with her husband Evan Goldschneider.

As the title suggests, we are here to discuss Jackie Goldschneider’s plastic surgery. She has always been open about them, so what procedure has she done over the years? Let’s find out.

“Actually, it’s so funny because people say on social media, I’m very open. Yeah. The only plastic surgery I’ve ever had is on my body,” she told the magazine. “I had the mommy makeover, but I’ve never touched my face.”

Jackie has openly admitted to filling her lips to make them plump because she was once referred to as having paper-cut lips.

“Oh, my goodness! They called me paper-cut lips! And it got inside my head, and as soon as filming for Season 9 was over, I went and I got lips. I mean, I never even thought about it before; I always thought I had nice lips! But I got lips, and I’m actually really happy. They do look much better.”

The former lawyer, Jackie has admitted having Botox injection.

“I get Botox, but I have never done anything else to my face. My nose is my nose. My eyebrows are my eyebrows. I’ve never had a facelift, I don’t do anything.”

Botox is the non- surgical procedure that is used to reduce the appearance of facial wrinkles.

The freelance writer was accused of having a facelift. She stated that the change in her face was caused by contour makeup rather than a facelift.

“So for me, It’s kind of like when people say that I’m like, I, I never did anything. I did learn how to contour, you know, I did get better extensions, you know?”

Facelift is an intense process of creating a younger appearance. It lasts up to over a decade and can cost $8000 on average.

The procedure is to remove excess fat and skin from the abdomen and tighten the connective tissue in the stomach with sutures.

The reality star admitted doing Abdominoplasty after having twins to fix her body appearance.

The RHONJ has undergone liposuction to lose weight. She revealed that her diet and exercise helped her to lose 25 lbs weight, but also didn’t gain her desired result which makes her go under the knife.

“I had lost 25 lbs. from dieting and still wasn’t completely comfortable with my body. I found myself still wanting to cover up. Once I hit my goal weight and I knew that my stomach wouldn’t be the way I wanted it to even if I worked out, I knew it was time. People are already noticing a difference. I’m still swollen. But the results are amazing already. I’m glad I did it. I have no regrets.”

The mother of four openly mentioned that she had a B**b job after having the children.

“I had boobs put in while I did that. Because I did breastfeed all four of my children. So I did get b**bs and a tummy tuck.”

Rhinoplasty For Jackie Goldschneider’s Daughter When She Reached 13/14

According to Jackie, she would let her daughter get a nose job when she reached 13/14 years old if she need it.  Currently, her daughter is 11 years old.

Some Other Information Of Jackie Goldschneider

What is the age of Jackie Goldschneider?

The television star as well as former lawyer, Jackie Goldschneider, was born on October 2, 1976, in the United States. She was raised in Staten Island, New York by her parents. So, as of 2022, she is 46 years old.

Who is the husband of Jackie Goldschneider?

Jackie is married to Evan Goldschneider.

The duo shares two sets of twin kids—the first twins are Jonas and Adin (born in 2008), and the second twins are Hudson and Alexis (born in 2010).

How much is the net worth of Jackie Goldschneider?

Jackie Goldschneider is an American television personality, former lawyer and freelance writer who rose to prominence from the Bravo reality show, The Real Housewives of New Jersey.

She has a net worth of $3 Million approximately. 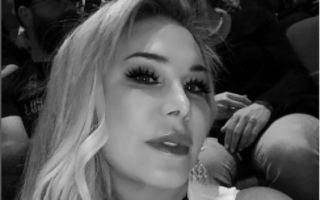 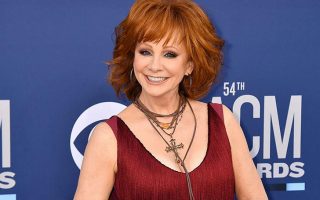 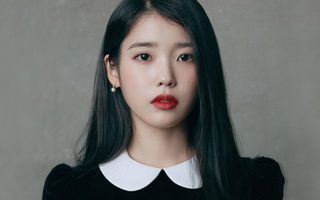