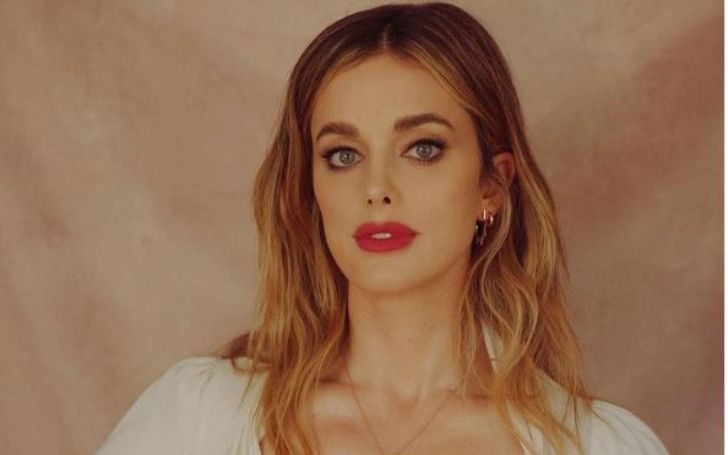 Ashley Newbrough, an American-Canadian actress has 25 plus TV credits since her acting debut in 2000. Certainly, it was her portrayal as the lead cast, Sage Barker in Privileged (2008-09) that echoed her name worldwide. But as the saying goes, success doesn’t come overnight, the same was for Newbrough.

The Rhode Island-born ran through a decade-long recurring & guest appearances in numerous TV shows before setting her flagship. No doubt, her on-screen approach showcases dedication & garnishment- all thanks to her introduction to professional at the tender age of 10. As a child, she worked in a wide array of commercials.

Notable TV works on the actress include Radio Free Roscoe, Rent-a-Goalie, and Mistresses. Moreover, she famously worked in many Christmas-themed TV films including the 2021 film Christmas for Keeps.

Ashley Newbrough Has Dual Nationality- Who Are Her Parents?

Newbrough (birthname: Ashley Elizabeth Ann Newbrough) was born on October 13, 1987, in Newport, Rhode Island, the USA. The Christmas Love Letter actress is one of four children to an American father (Greg Newbrough) & a Canadian mother (Karen Newbrough). As reported, her father served as a captain in the USMC (United States Marine Corps).

At the age of 3, she moved to her mother’s native country & grew up in Cambridge, Ontario. The actress attended & graduated from St.Benedict Catholic Secondary School in Canada. Later, Ashley would return to the USA for her professional venture.

No wonder why she has dual nationality: American-Canadian.

Ash is a family person & doesn’t miss a chance to share moments with her parents & three siblings. She has a brother named Zachary Newbrough (whose birthday falls on March 2) and two sisters: Alexandra, a registered dental hygienist, and Carmen.

Among Instagram posts, Newbrought’s family members are her frequent mentions.

The American-Canadian actress has passionate green eyes & natural dark brown hair, but often she tries out blonde & balayage on her hair. She seems fascinated with fitness & maintains a slim-curvy figure (31-25-35) and weighs 60 kg.

At 10, Newbrough already kick-started her professional career & worked in numerous commercials. It was until 2000 when she made her TV debut through a guest appearance in The Zack Files– she was 13 at the time. Then in 2002, Ashely worked in the TV movie Get a Clue starring Lindsay Lohan and Brenda Song.

From 2003 to 2005, the actress appeared in a recurring role as Audrey Quinlan in Radio Free Roscoe (8 episodes). In the Canadian teen comedy-drama series, she shared the screen with Nathan Carter, Ali Mukaddam, Nathan Stephenson & Kate Todd.

It would expand her on-screen recognition & earn guest TV appearances in Missing, Degrassi: The Next Generation, and The Best Years.

Then in 2007, she portrayed the recurring role Dallas in Rent-a-Goalie, totaling a 6-episode appearance through 2008. The Gemini Award-nominated series featured many Canadian TV figures like Stephen Amell, Inga Cadranel, Carlos Diaz, Joe Pingue, among others.

Shortly after her move to Los Angeles, Ashley secured a lead role, Sage Baker in The CW series Privileged (2008-09, 18 episodes). The American comedy-drama is based on Zoey Dean’s book How to Teach Filthy Rich Girls. The TV series premiered on September 9, 2008, but was canceled after a season (18 episodes) on May 19, 2009.

Glimpse Of Her Character In The Series

The Privileged revolves around the life of Megan Smith (portrayed by JoAnna Garcia), who is a graduate of Yale University & aims to become a journalism legend. However, fate dwells her into stoned finances & even more, the case gets bitter after she gets fired from her job at a tabloid rag.

Though, unlike Rose, Sage who is not on good terms with Megan Smith gets the latter fired as a tutor. Ashley’s character Sage Baker is protective of her sister & doesn’t let anyone space in between them. Moreover, rather than schoolwork, she prefers to pursue a famed career, a model/singer.

Moreover, it brings the love story of Baker who falls in love with her cook Luis. By the season finale, she gets aware of her degrading relationship with twin sister Rose & tries to mend it.

Stream Of TV Movies Since Mid-2010

In 2015, The Best Years actress made her Hallmark Channel movie debut through Love Under the Stars. It followed her TV film credits in:

How Much Is Net Worth Of Ashley Newbrough?

The American-born & Ontario, Canada-raised actress already has 2-decades of career & running in the acting industry. Online sources suggest that Newbrough has an estimated net worth of $4 million as of early 2022.

For sure, modeling career in commercials projected her path to professionalism but it was her on-screen that shaped her fortune to million dollars. Ashely worked in recurring roles in Radio Free Roscoe & Rent-a-Goalie before career advancement with a lead role in Privileged.

Even if the TV star kept her salary details relatively low-key, her transition to the main cast led her payroll to tens of thousand dollars per episode. Currently based in Los Angeles, Ashley Newbrough earned many TV film credits notably in Hallmark Channel movies.

So roughly calculating, her paycheck could be in the hefty 6-digit figure annually. An actor in the United States can collect $57,000 per year on average.

A sponsored post on Ashley’s Instagram can see her an estimated $239- $398, while the actual deal could negotiate for higher too.

Is Newbrough Married To Husband or Dating? Relationship Details!

No, Ashley Newbrough is yet to marry but lives together in Los Angeles with her boyfriend Matt Shively. Shively is famous on his own as an American actor who notably portrayed Ryan Laserbeam in True Jackson, VP.

Reportedly, the pair began dating in August 2017 but spilled the beans only on Valentine’s Day of 2018 via Instagram. And it was a year later, they made their red-carpet debut as a couple at the premiere of The Wedding Year on September 19, 2019.

Newbrough has always been open about her relationship on Instagram- since the start. On August 25, 2020, the actress made an IG post on the occasion of the 3rd anniversary of their relationship; a year earlier, she posted on their 2nd anniversary.

At the moment, the couple doesn’t share any children. Both of them are dog person & raises a French bulldog named Charlie. In fact, the dog has its Instagram page @charlie_the_batpig.

Fans await the moment as they turn husband-wife in the future, though the news of engagement or wedding plans is yet to surface.

Before Shively, the Rent-a-Goalie star didn’t have any publicly disclosed relationship. On the other, Matthew briefly dated Laura Ashley Samuels in 2012, while his relationship rumors surfaced with Jordan Monaghan & Samantha Boscarino.

Newbrough is an active Instagram (@ashleynewbrough) user & has more than 60.3K followers as of 2022. The fashion enthusiast shares pictures of her photoshoots on the platforms. Moreover, the travel lover divides her time between Canada & the United States. 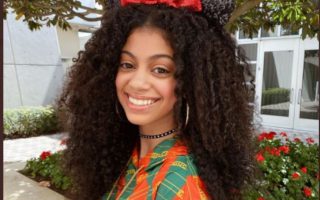 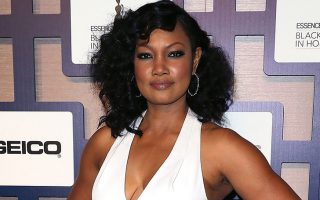 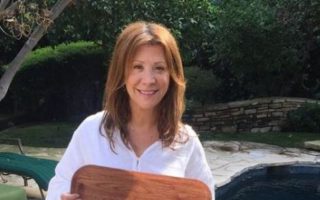