American actress Shanley Caswell leaped into TV screens and films following her passion for acting and immense training with theatre stints. Professional since 2007, the Florida-born is widely popular for her role as Laurel Pride in NCIS: New Orleans (2014- Present). Since 2021, she appears the main cast in Power Book III: Raising Kanan.

Throughout her career journey, she also gained film experiences in Detention and The Conjuring. She also has notable guest appearances in TV series, including CSI: NY, Bones, iCarly, and The Middle.

Where is Shanley Casell From? Age and Height?

American actress Shaley Caswell was born on December 3, 1991, and grew up in Sarasota, Florida, United States. She is 29 years old as of now and is the daughter of Patricia Caswell and Chris Caswell.

At 8, she began performing in the local theater. During her school years, she got involved with “Teen Source,” a theater troupe whose focus is to teach the teenage community about social issues. Caswell shifted to Los Angeles to pursue her further career in 2007 and began with some guest appearances. At 15, she first worked and modeled for many brands.

For her education, the actress attended UCLA, where she studied cultural anthropology. She is American by nationality and white by ethnicity. Her height is 5 feet 4 inches (1.63 m).

Net Worth In 2021- Established Herself As A Promising Star

Active in the entertainment world since 2007, the talented actress has indeed earned both fame and fortune. She makes handsome money from her roles in TV series and films.

Caswell has an estimated net worth of $500 thousand as of September 2021. To date, she has more than 30 acting credits under her name so far.

According to influencer marketing hub, she amasses between $135 to $225 per sponsor post from her Instagram @shanleycaswell, with 21.3 thousand followers.

She first appeared in the episode of the TV series Zoey 101 in 2008. The following year, she was cast in the short film Little Victories and TV film Mending Fences. In 2010, Shanley appeared as Tara in an episode of the sitcom iCarly. The next year, she was seen in the slasher black comedy film Detention (box office $10 million).

She then guests appeared in numerous TV series such as Bones, The Mentalist, The Middle, and CSI: NY. The brown-eyed and brown-haired TV star then played Andrea Perron in the horror film The Conjuring (box office $319.5 million and budget $20 million) in 2013.

Some of her other TV series and films include S.W.A.T., The Resident, E! True Hollywood Story, Haunting on Fraternity Row, and Feels So Good.

Relationship Status Of Shanley Caswell – Is She Dating? Social Media?

The Conjuring actress Shanley Caswell is possibly single as of right now. She hasn’t revealed anything about her current relationship and partner.

However, she previously dated a high school football player, Anthony Gurry, in May 2015. But, the couple broke up due to irreconcilable differences.

Besides, Caswell mostly promotes her work on her Instagram @shanleycaswell. She owns a dog named Steven, whom she often features on her social media. 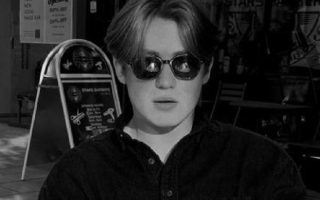 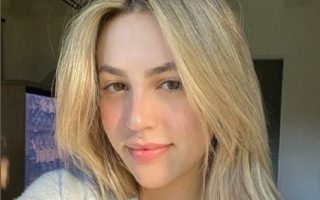