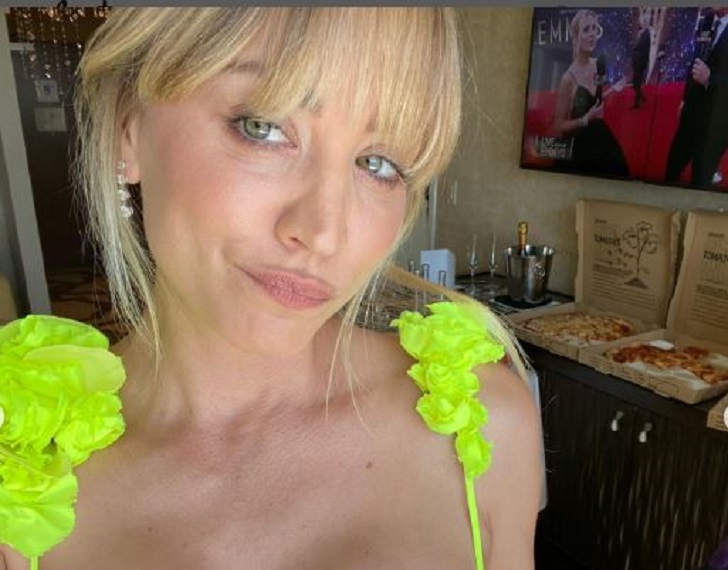 Big Bang Theory star Kaley Cuoco has never been shy about letting people in on her glam life. She has openly admitted her plastic surgery history since she was 18.

The actress doesn’t regret having any of the surgeries. Instead, she described it as the best decision for her. So, what are the surgeries, she has had over the years? We have full details here.

Emmy-nominated American actress and producer Kaley Cuoco has always been open about her beauty transformation over the years.

During an April 2014 interview with Cosmopolitan, Kaley Cuoco revealed that she got a br**st augmentation when she was 18.

The process is mainly done to increase the size of one’s br**st. It can last 10 to 12 years on average.

Similarly, as per the 2020 statistics from the American Society of Plastic Surgeons, it can cost $3,900.

She decided to get a b**b job because she was not satisfied with the size and wanted to do something to feel confident in her looks.

While speaking to Redbook in December 2014.,The Flight Attendant star stated:

“I had no b**bs! And it really was the best thing ever! I always felt ill-proportioned. My implants made me feel more confident in my body.”

Also see: RHOA Star Kim Zolciak-Biermann Reveals About Her Body Transformation Over The Years-Plastic Surgery Analysis And Before & After Transformation

Abdominoplasty, aka tummy tuck, is a cosmetic surgical procedure to improve the abdomen’s appearance.

Excess skin and fat are removed from the abdomen and tightened with sutures during the procedure.
The treatment is permanent and can cost between $3,500 and $8,000 in the USA.

In an interview, Kaley shared her consistent eating habits with her Ex-husband, Ryan Sweeting, a professional tennis player.

“When we first got married, it was so much fun to eat like him. We got into this habit we called the bedtime snack. The drawers next to the bed were filled with candy.”

“Eventually, I realized it was mindless eating. So I cut that out. Our refrigerator and pantry have completely changed, because we don’t eat crap anymore. No more soda, chips, cereal; we had boxes of stuff that only a 4-year-old would eat.”

After a long fitness diet and exercises, she learned what her body needed. So, to maintain her body structure, she gets a tummy tuck.

Cuoco has got in the best shape ever and lost 6 lbs through abdominoplasty.

Likewise, The Wedding Ringer star Cuoco has admitted to having Botox and neck fillers. Botox injections are used to reduce the appearance of wrinkles and restore the lost volume to the skin on your face and neck.

It generally lasts 3-4 months and costs $300 per injection on average in United Stated.

In an interview, the actress revealed- “Recently I had a filler in a line in my neck I’ve had since I was 12.”

Cuoco also mentioned the surgeon removed some cartilage from her upper lip and a small amount of tissue from her chin.

Rhinoplasty is a surgery that changes the shape of the nose. The procedure also helps to improve breathing.

An average rhinoplasty cost is $5,483, per the American Society of plastic surgeons statistics.

It seems that Kaley got sinus surgery in 2014 because she couldn’t breathe through her nose in the past. She posted her photo lying in a hospital bed on her Instagram account, which created a buzz about her having her nose job done.

Cuoco has undergone quite a transformation. Plastic surgery comes with plenty of risks, but for Kaley, it helped her boost her self-confidence and landed the role of a lifetime on The Big Bang Theory.

While some celebrities live to regret their plastic surgery procedures, Cuoco described going under the knife as the best decision she has ever made.

“As much as you want to love your inner self … I’m sorry, you also want to look good. I don’t think you should do it for a man or anyone else, but if it makes you feel confident, that’s amazing.”

“The bottom line is I’m not 21 anymore, so it used to be so easy and I didn’t have to do as much. But you’re getting a little older and I’ve got to cut things out.”

No offense, she looks even more stunning after her surgeries.

Haylie Duff Plastic Surgery Before and After 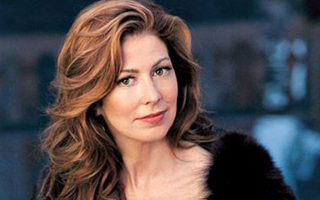