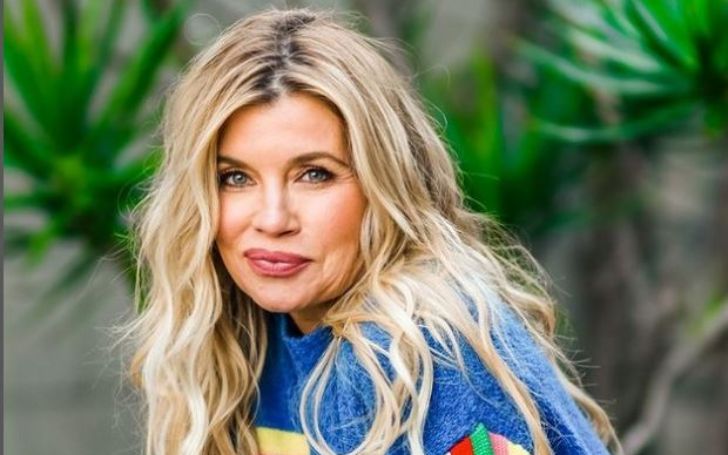 From being world-famous as the ex-wife of a convicted felon to a dedicated mother & exemplary persona, the London-born former model Nadine Caridi went through all. Caridi came into scrutiny after the release of the 2013 film ‘The Wolf of Wall Street’ based on the memoir of her ex-husband Jordan Belfort, who fraud & manipulated stocks worth over $200 million.

In the movie, Hollywood A-lister Leonardo DiCaprio essays Belfort, which chronicled the married life & relationship deterioration with his second wife Naomi (portrayal by Margot Robbie); the on-screen character is somewhat similar to Caridi.

Ending a decade-long marriage with Belfort, she again found love with her second husband John Macaluso. They are yet to share any biological kids but are parents to a total of 5 children ( from their respective past relationships). Currently, Nadine works as a marriage counselor & therapist, but the road to happiness after a devastating marriage was not off from hurdles.

Where Is Nadine Caridi From? More About Her Family & Early Life!

Caridi, also famous as “Duchess of Bay Ridge”, was born on December 24, 1967, in London, England. At a young age, she moved to the United States with her family; grew up in Bay Ridge, Brooklyn, New York. The eldest of two recognizes herself as an American citizen & comes from Caucasian ethnic heritage.

As for her parents, the former wife of Jordan Belfort is yet to share details, but they reportedly divorced when she was 6. Nadine Caridi’s mother is no more but shares pictures of her on Instagram- on April 27, 2021, she confirmed that it would be her mother’s 73rd birthday.

The John Dewey High School attendant has a younger brother named Anthony Caridi. As reported, Anthony is the father of two daughters & is the owner of AJ’s Brooklyn Pizza Joint.

Right after high school, Nadine pursued a career in modeling rather her joining university.

It was only at 39, after her divorce from Belfort, she enrolled at Pacifica Graduate Institute & graduated with a Masters in Clinical Psychology in 2010. Later, in 2015, she obtained her Ph.D. in Somatic and Depth psychology.

Ex-Wife & Mother Of Two With Jordan Belfort- Why Did Nadine Caridi Divorce Him?

While the London-born American personality now has a settled career of her own, it was actually her marriage & tumultuous relationship with Jordan Belfort that showered her limelight. In fact, she was the second wife to the former stockbroker.

Caridi and Belfort married in 1991 but separated after 7 years in 1998 before they divorced in 2005. As reported, the reason for the split was the drug abuse of Jordan, along with domestic violence & infidelity.

Reportedly, post-divorce, Nadine didn’t receive any financial support or any report on alimony ever came up.

As per Belfort’s statement in the 2014 interview with Notable Life, he possibly had a prenup with Caridi, as he stated “Sign a prenup, Don’t get yourself in a situation where if you get divorced you will screw yourself.”

The 2013 box-office blockbuster“The Wolf of Wall Street” & 4-time Academy Award-nominated movie showcases all life events of the convicted felon, based on his 2007 memoir of the same name. In the film, Leonardo DiCaprio portrayed Jordan Belfort while Margot Robbie appeared as Belfort’s second wife Naomi Lapaglia.

As for a fact, Naomi was never meant to be a ‘real-life portrayal of Caridi but shared similarities of her.’

In an interview IndieWire, actress Robbie shared her experience after meeting with Nadine Caridi; as per the latter, it was due to ‘drug addiction that led her to divorce Belfort. Even more, he would do drugs in front of their newborn baby.’

Kids Are All Grown-Up Now

Together, the now-former couple (Nadine & Jordan) welcomed 2 children: daughter Chandler Belfort (b. 1993) and Carter Belfort (b. 1996). For family commitments, Caridi even left her modeling & became a full-time homemaker.

After divorce from the infamous stock manipulator, the former model moved to Califonia with her children.

Her daughter Chandler is married to a guy named Connor Winter; they exchanged vows on September 26, 2021. They began dating back in 2012 & announced their engagement in December 2019 after 7 years of relationship

As for her son Carter, he is a musician in the band Grandview and is currently in a relationship with his beau Cate Schiff.

Both Caridi & Belfort Ditched Previous Partners To Marry Each Other

The two met back in the late 80s at a party by Jordan Belfort; at that time, the convicted felon was famous for throwing lavish bashes. Nadine Caridi along with her then-boyfriend Alan Wilzig, an American entrepreneur, restaurateur & semi-professional car racer, attended a Westhampton Beach House party.

In the meantime, The Bronx, New York City native was in a marital relationship with his high-school sweetheart & first wife Denise Lombardo. Also, it was that time when his broiler room company Stratton Oakmont was starting to set its roots.

The meet-up of Jordan and Nadine turned out to be love at first sight; eventually, they flit off from their then-current relationship. As a result, Caridi broke up with Alan, while the former stockbroker divorced Denise. Later, the duo exchanged vows, however, it was not meant forever & the rest is history.

Did you know? Jordan Belfort once bought a yacht (formerly owned by Coco Chanel, the founder of luxury brand Chanel) and named it “Caridi” after his second wife. However, the yacht sank in June 1996 on the east coast of Sardinia.

After calling quits with Mr. Wolf of Wall Street aka Jordan Belfort, Caridi again set the track to a happy family- thanks to her second husband John Macaluso. As reported, Macaluso is an entrepreneur & formerly worked as the CEO of Wizard World.

The former model-turned-therapist now goes by the name Nadine Macaluso and often shares pictures of her husband & kids on her Instagram (@drnadinemacaluso). On an IG post in June 2021, she shared an adorable photo with her beau confirming 20 years of marriage- possibly, they married in the late 90s after Caridi separated from Belfort.

Moreover, she is active on Twitter as well, with the handle @nadinemacaluso.

As for a fact, it is the second marriage for John as well; with his ex-wife (named undisclosed), he is the father of three daughters: Frankie, Allie, and Nicky.

And including 2 children (Chandler & Carter) of Nadine with ex-husband Jordan Belfort, the two share a blended family of 5 kids. They don’t share any biological kids together. Rather both of them are persons & own a Bernadoodle named Coco.

Did You Know? Caridi’s ex, Jordan Belfort was hitched with Anne Koppe for 12 years after divorce with the former. Later he moved on with model girlfriend (current) Cristina Invernizzi. They are dating since 2019 having met at a pub in Mexico.

Net Worth In 2022- What Is Nadine Caridi Doing Now?

A graduate of Pacifica Graduate Institute in psychology, Nadine is in practice since 2008 & currently works as a marriage counselor and family therapist with the alias “Dr. Nae”. In 2015, along with a Ph.D. degree, she received certification for Neuro Affective Relation Model.

As of 2022, Caridi has an estimated net worth of $2 million. No doubt, the California-based therapist earns through her sessions & consultations. In the United States, a psychotherapist earns a salary of $89,000 per year on average.

Before pursuing a career as a practitioner, she worked as a model but left after marrying now-ex-husband, Belfort in the 90s. Most famously, Nadine Caridi was a model for the beer brand ‘Miller Lite’ and later appeared in Monday Night Football commercials.

Moreover, she runs a YouTube channel Dr. Nae’s Talking Bar, launched on December 18, 2015, where talks are about challenges & experiences of mental health.

Reportedly, her husband Josh Macaluso, the former CEO of Wizard World (2010-16), held 8 million shares of the company. In April 2016, Macaluso resigned from the position as the company lost $4 million in 2015, so shortly after, he liquidated all his shares- netting around $1.2 million for the trading of $0.137 per share.

Ex-Husband Is In Debts

Jordan Belfort, who pleaded guilty to securities fraud and money laundering in 1999, reduced his 4-year-sentence to 22 months for a plea deal with the FBI. As a result, the former stockbroker was liable for $110.4 million in restitution- the money he took away from 1,500 clients with penny stock scams.

A felony charged personality-now-a motivation speaker paid $10 million back from the sales of his forfeited properties including his New York mansion.

Belfort who once made $50 million per year during the peak of his “pump and dump” scam is now bankrupt. According to Celebrity Net Worth, his net worth is -$100 million (negative) as of 2022. 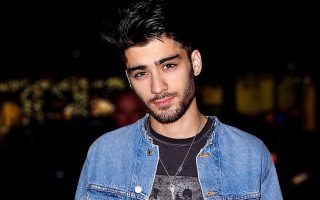 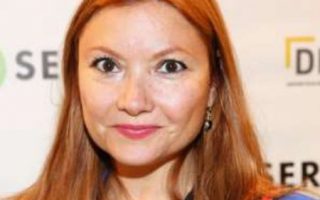 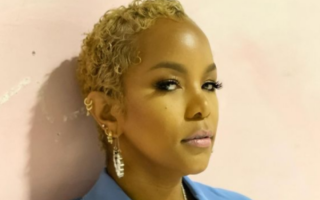