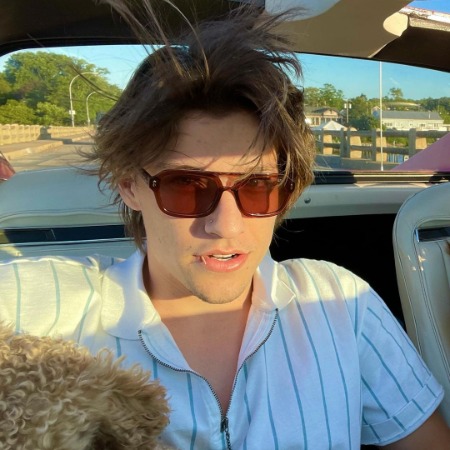 The son of Jon Bon Jovi, Jacob Hurley Bongiovi is a popular star kid. He is one among the four children of the American rock star Jovi and Dorothea Hurley.

The young celebrity kid is famous not just because of his father’s popularity but also for his kindness and humbleness. He is an Instagram sensation with 263K followers. He seems to be a simple, down to earth and kind person with no greed for stardom.

Jacob Hurley Bongiovi aka Jake was born on 7th May 2002 as the third among four children of the rock star, Jon Bon Jovi and Dorothea Hurley. He spent his childhood in New Jersey, USA. As of now, he is 19 years old.

His three siblings include a sister, Stephanie Rose Bongiovi (1993), and two brothers, Jesse Bongiovi (1995) and Romeo Jon Bongiovi (2004). All four of them are close to each other.

The teenage sensation attended Pennington High School, New Jersey, America, and graduated in 2020. After his high school graduation, he moved to Syracuse University for further education.

Undoubtedly, the handsome star kid is a crush of many girls out there. His physique and body measurement is a topic of interest for many people. According to reports, he is 5 feet 11 inches (180 cm) tall and weighs around 70 kg (154 pounds). He has beautiful hazel eyes and blonde hair. However, he keeps coloring his hair very often.

As a young boy who is just at the end of his teenage days, Jacob is not sure about his career yet. Or, let’s say, his career path has not been recognized and publicly announced. However, it is almost certain that he doesn’t want to pursue a career in music. As a son of the rock idol, people would expect him to come to music, but he does not have such plans.

However, his father, Jon Bon Jovi, had a beautiful career indeed. He is popular for being the founder and leader of the Grammy Award-winning rock band Bon Jovi-the all-time popular band was formed in 1983.

The “Bon Jovi” lead singer also commenced his acting career in the 1990s. He acted in movies “Moonlight and Valentino” and “U-571” Moreover, he also starred on the Television screen through “Sex and the City,” “Ally McBeal,” and “The West Wing.”

So far, Bon has had a fascinating career as a singer and actor.

Like other public figures, Jake also wants to keep his dating life private. It appeared like the young gentleman was single and happy until he was spotted with the British star, Millie Bobby Brown in the streets of New York, USA, holding each other’s hand.

Although none of them has confessed publicly about their relationship, it seems like they are dating each other. On 3rd June 2021, the rockstar’s son posted a selfie of them with the caption “bff <3″. The 17-year-old British star commented on the picture, which read,” BFF” with an emoji of a unicorn.

Reports say that the two knew each other through one of their mutual friends.

While discussing love, you definitely shouldn’t miss the beautiful and interesting love story of Jacob’s parents. Jon Bon Jovi and Dorothea Hurley fell in love when they were just high school students. Little did they know that their teenage love was going to be a lifelong one.

When Bon was at the peak of his career, the lovebirds married in a secret ceremony on 29th April 1989 in Graceland Wedding Chapel. Only two of them were present there, that too without rings. They are considered one of Hollywood’s power couples- successfully living three decades of life together, breaking all the stereotypes.

As of now, Jacob is too young to earn a noticeable amount for himself. He is not ready to trace his career path yet. Hence, there is no way for him to maintain his net worth. He is currently enjoying his father’s success and income. Being the son of a public figure, Jon Bon Jovi, he enjoys a luxurious lifestyle.

The great singer, music producer, and philanthropist Bon has a handsome net worth. His net worth reaches more than $400 million. He has done a lot of hard work to achieve this status.

Bon has earned a lot of money from his career as a lead singer for “Bon Jovi.” It is already mentioned that the band sold 130 million copies of the albums worldwide, which is not surprising as it is not just a “band” but a “Brand.” According to our estimation, he would easily earn $100000-$1 million per performance.

Moreover, Jake’s father is also a great philanthropist who is into social works. He founded JCB Soul Foundation in 2006 to help the homeless and poor people. In 2011, he came up with the idea of JCB Soul Kitchen, which serves food for the customers for whatever they can afford to pay. They can pay by cash or also devote some of their time working in the Kitchen. Until 2020, the JCB Soul Kitchen already had three branches in Red Bank, Toms River, and Newark, New Jersey. 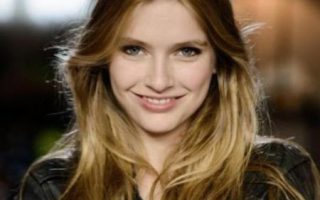 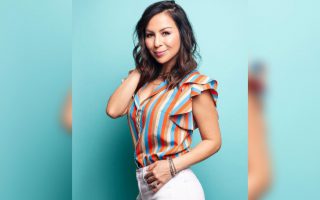