All details about the plastic surgery procedures Ellen Pompeo undergo!

Plastic surgery has now become a part of the celebrity in the context of Hollywood. With their rising fame and popularity, they are conscious of their looks. So, most of the celebrities are found to undergo various cosmetic surgeries. Following the trend, we have the talented actress Ellen Kathleen Pompeo.

Ellen is an incredible actress and one of the most loved actresses of all time. The actress began her acting career in her late twenties and got fame through Grey’s Anatomy playing the same character for 12 years.

Over these years, the appearance of the actress has changed a lot and this is believed as the result of plastic surgery. So, the gossips began to rise about the actress’s plastic surgery. Being the highest-paid actor in the time, the public have shown much interest in the subject. The rumors around the public suggest that the actress may have gone through facial surgery and neck lift.

Ellen comparing to her old looks of Grey’s Anatomy is much different. Looking at her pictures, we can see that her neck and jawline are very smooth and tight even in her forties. With such Fresh skin under the chin and attractive neck, we can easily guess the actress may have done Neck lift.

Talking about the actress Ellen, a renowned surgeon Dr.Vartan Mardirossian stated that-

“The only thing that I can catch is possibly a facelift and a neck lift. Her neck and jawline show an extraordinary smoothness and tightness after so many years. Also, likely fillers to cheeks and lips, [but] no Botox.”

Thus, we can’t deny the actress has gone through these surgeries in order to enhance her appearance and improve her personality. These surgeries also have a good result on the face of the actress as the neck has matched her face.

Another surgery supposed to have done by the actress is Facial surgery. As noticed from Grey’s Anatomy her face was seen changing unusually. The gorgeous looking actress didn’t lose her beauty even in her late forties and fifties. She seems to have some aging signs like crow’s feet, so the surgeon has clarified that she hadn’t used botox injection. She is also supposed to have eyelid surgery which has helped to enhance her beauty.

“Her eyelids look naturally aged and you can see some wrinkles on the forehead and crow’s feet, so no Botox.”

So, the actress may have done eyelid surgery to remove some of her wrinkles on her eyes and face. Fortunately, facial surgery also has supported her to look awesome.

Even though the actress seems not to care about her physical appearance, she seems to have done some cheek fillers to retain the puffy looks after pregnancy. The Struggling actress/producer once said that it was hard to watch Dr. Meredith Grey grow older in the TV series Grey’s Anatomy. This is why the actress is also believed to have done some fillers inside the skin.

Unlike other celebrities, Ellen has carefully maintained her looks by only applying the fillers and facial surgery and avoiding the Botox. This may be the reason why she seems naturally aging without any side effects of the surgery.

The world’s highest-paid actress however hasn’t herself admitted about the surgery. But with the given photographs and the expert’s opinion, we cannot deny that the actress has done surgeries. Since her natural looks aren’t fading, the actress’s surgeon did an appreciable job. Are you also a fan of Ellen Pompeo’s plastic surgery? 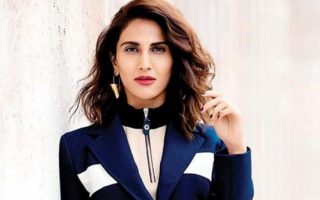 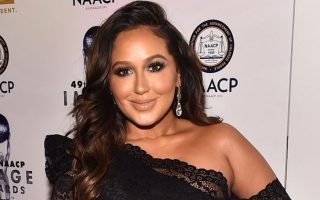 All About Adrienne Bailon Plastic Surgery and Other Cosmetic Enhancement 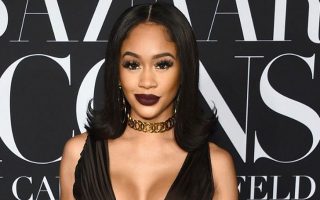