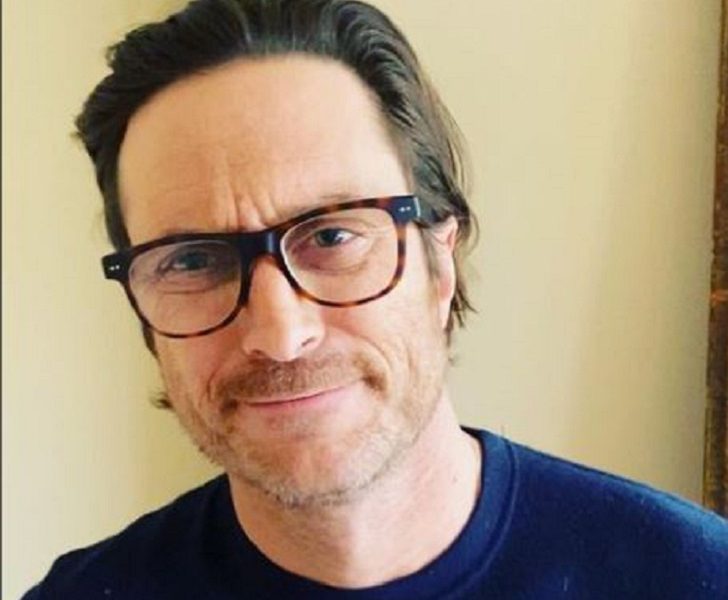 A well-known American actor and producer, Oliver Hudson has been active in the industry since 1999. He rose to fame from his roles in movies and television shows such as Splitting Up Together, Black Christmas, Rules of Engagement, Walk of Shame, and Going Greek.

However, he is more famous among audiences as the son of legendary actress Goldie Hawn and musician Bill Hudson. His sister Kate Hudson is also a renowned actress and businesswoman.

Similarly, he is married to actress Erinn Bartlett, and the couple has three kids together. Scroll for more details of Oliver Hudson’s personal and professional life, including wife, age, height, and net worth.

Oliver Hudson was born Oliver Rutledge Hudson on September 7, 1976, in Los Angeles, California, to Bill Hudson and Goldie Jeanne Hawn. As of 2022, he is 45-years-old and stands at 6 feet 1 inch (185 cm). Hudson is of English, Italian, German, and Hungarian-Jewish (from his maternal grandmother) descent.

His mother is an Oscar-winning actress who rose to fame from the NBC sketch comedy program Rowan & Martin’s Laugh-In. She is popular for her roles in Cactus Flower, There’s a Girl in My Soup, The Sugarland Express, Private Benjamin and many more.

While his father is a musician and actor known for his supporting roles in Zero to Sixty, Big Shots, and recurring guest role on Doogie Howser, M.D. He was also a vocalist in a band, The Hudson Brothers, formed with his two younger brothers, Brett and Mark, in 1965.

Hawn and Hudson got married in 1976 and separated after four years in 1980. They became parents to two children, Oliver and Kate Hudson. Goldie then started dating actor Kurt Russell, and they together raised the kids.

Both Oliver and Kate publicly declared that Bill was an absent father, and they considered Kurt Russell their dad. Oliver, in many interviews, had mentioned that Bill was never around when he was a kid, and he never saw him as a father figure.

Infact, the two had a public fallout in 2015 when Hudson shared a picture of him with his sister and Bill on father’s day with the caption “Happy Abandonment Day.” The actor/musician Bill responded with outrage and labeled Oliver’s post as a “malicious, vicious, premeditated attack” on himself.

The Hudson Brothers band member also stated, “I had five birth children (…), but I now consider myself a father of three. I no longer recognize Oliver and Kate as my own.”

As a matter of fact, Hudson senior has always blamed Goldie Hawn for the fallout of his family and the reasons for his kids being estranged from him. He wrote a book called “2 Versions: The Other Side of Fame and Family,” where he opened up on the fierce battle in his family.

However, things are slowly sorting out between the father-son duo, Bill and Oliver Hudson. In an interview in 2018, the latter stated, “Well, we’re trying right now. We’ve shot some texts back and forth.”

“I had posted something that was darkly comedic and it blew up into something, and actually it helped us with our relationship. So now we’re kind of keeping in touch”.

“He did an interview and talked s—,” the actor said of his dad. “He felt hurt by it. I called him and we got on the phone and talked. It was really productive. Then we saw each other, had breakfast and it was the first time I had seen him in 12 years and it was really amazing to see him. We talked it out and we had a really great three-hour conversation.”

It’s a rough time being a teenager, and when you are the son of one of the popular faces of the world, it becomes much harder. Oliver, time and again, has talked about his teenage insecurities and how much he hated being on a public platform.

“The toughest part, especially as a young kid, is people wanting a piece of your parents.”

“We’re not cognitive enough of it at that age to understand what it is, so all we — or I — saw was these fans taking my mother away, meaning taking her time and attention away from me,” he continued. “It bothered me. It really, really bothered me. Now it’s a different story. But as a kid, I remember feeling anger and frustration that these people were infringing on our lives. So that was tough.”

Walk of Shame actor was also arrested at the age of sixteen for vandalism. Taking about the incident, Hudson said:

“Look, we were stupid. We had paintball guns. We were doing dumb things, as kids do“.

Similarly, he talked about how his father, Kurt Russell, was very unhappy about it.

Once Russell came to the station to pick up Hudson, he told him what his punishment would be: shooting his car with a paintball gun.

“My punishment was to shoot up my Honda Prelude with blue leather interior,” he told Jimmy Kimmel. “I had to shoot up my car, dent it up, and drive that for the rest of my existence.”

The 42-year-old Oliver and his wife, Erinn Bartlett, have been married for more than a decade. The couple tied the knot on the beach of Cabo San Lucas, Baja California, Mexico, on June 9, 2006, after dating for four years.

Bartlett is an American actress known for roles in How I Met Your Mother, Rules of Engagement, The Benchwarmers etc. She competed in the Miss Teen USA 1991 held in Biloxi, Mississippi.

The couple who is currently celebrating sixteen years of blissful relationship shares three children together. They welcomed their first child, a son Wilder Brooks Hudson on August 23, 2007. Similarly, Oliver and Erinn’s second son Bodhi Hawn Hudson was born on March 19, 2010. Their youngest, a daughter named Rio Laura Hudson, was born on July 18, 2013.

Currently, the family of five resides together in Los Angeles, California.

Oliver Hudson made his acting debut in 1999 opposite his mother as Alan Clark in a comedy film, The-Out-Of-Towners. Some of his hit roles over the years are:-

Additionally, the Walk of Shame star has appeared in popular movies like Kill the Man, The Smokers, New Best Friend, The Breedm Injustice, etc. Also, in TV series like Dawson’s Creek, The Mountain, Carolina Moon, etc.

Talking about Hudson’s upcoming project, the star is the new lead in the next CBS comedy, The Three Of Us. The release date has not yet been announced.

Net Worth- How Much Money Does Oliver Hudson Make?

The Rules of Engagement star Oliver Hudson has been active in the industry since 1999; along with fame and success; he has also earned huge riches. His current net worth is $10 million.

Also, he comes from a rich family, his biological father- Bill Hudson, is worth $5 million. Actress sister Kate Hudson is one of the richest actresses, whose current riches is worth $80 million.

Similarly, his parents, Goldie Hawn and Kurt Russell, are among the richest Hollywood stars, with an estimated net worth of $90 million and $100 million, respectively. 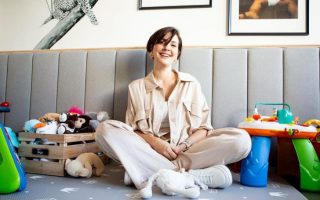 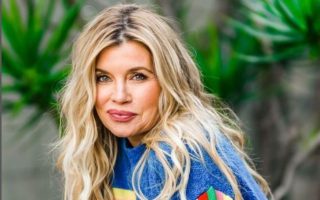 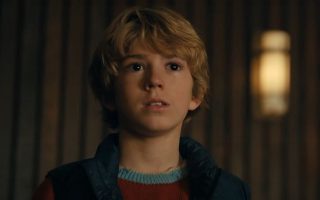